D., for development in English and desarrollo in Spanish, is the story of a young girl getting herself into a jazz dancer. She goes from basics of classic dance to different stages until she finds her place, her way. The rhythm and the learning curve it is intimately engaged to the music, a well-known piece from Peer Gynt, In the Hall of the Mountain King.

Sergi Albir (Valencia, Spain, 1972) and Judit Triguero wanted to make a dance video to show their skills in their respective fields. During the previous conversations, the idea of making a simple but interesting concept was used as the main concept. Sergi Albir is mostly making photos and writing articles for ElPaís, a Spanish newspaper and for his own company, Jalalala SL.

Judit Triguero (Tarragona, Spain, 1984) is a dancer, coreographer and dance teacher with a wide experience. She has been studying from 1990 a wide spread of dance specialties like contemporary, modern, jazz, hip hop, samba salsa and ballet, among others, with specialists such Alex Sieff, Eva Panadero,
Adrián&Anita or Lorenza Di Calogeno.
At this moment she is teaching in Show Dance Studio, Valencia, and collaborating with Alex Sieff in a musical based in Aladdin.

Sergi Albir studied Business and Economics in college. Professionally, he has always been connected with the media. He has worked as photographer, journalist, and writer. He is also the owner of a small company, “Jalalala SL.” In addition to radio and written work, he has produced some videos, a TV pilot, “Poker on Tour,”  he has directed «Philippe», and collaborated in some short movies, “Instrucciones de vuelo sentimental,” “Corazón de gorila,” and “Remordimientos.” Directing “D.” is his  second experience as a director. 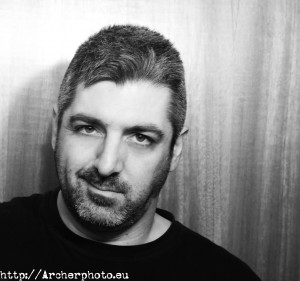 D. is recorded in full HD 1080p (originally in English). There is a Spanish version with English subtitles, recorded with a Canon 5D Mark II and a Canon 5D Mark III. Editing, photography, and sound are done by Sergi Albir for Jalalala, SL.

This website uses cookies to improve your experience while you navigate through the website. Out of these, the cookies that are categorized as necessary are stored on your browser as they are essential for the working of basic functionalities of the website. We also use third-party cookies that help us analyze and understand how you use this website. These cookies will be stored in your browser only with your consent. You also have the option to opt-out of these cookies. But opting out of some of these cookies may affect your browsing experience.
Necessary Siempre activado
Necessary cookies are absolutely essential for the website to function properly. This category only includes cookies that ensures basic functionalities and security features of the website. These cookies do not store any personal information.
Non-necessary
Any cookies that may not be particularly necessary for the website to function and is used specifically to collect user personal data via analytics, ads, other embedded contents are termed as non-necessary cookies. It is mandatory to procure user consent prior to running these cookies on your website.
GUARDAR Y ACEPTAR